“ I am always fascinated by the world from a set point of view. Its variety of involvement with different creative practices is fascinating.”

Having your first day documented for a tv show on Channel 4 isn’t typical for anyone in a new job however, Liz Silvester, Head of Visual Identity for Liberty of London doesn’t have a typical day job. Liz is in charge of how Liberty is seen globally which can go from the window displays to the colour of the shop walls. She wants to drive the brand forward and create an environment that feels homely and warm across the whole building.

Liz’s background is in the creative arts having studied fine art and going on to working under a number of different retailers from Kurt Geiger to Harvey Nichols, all adding and shaping her aesthetic with Liberty.

“I studied Fine Art at the John Moores University followed by a Masters at the Royal Academy of Art specializing in fabric instillation hence being fabric obsessive and I collect all sorts of fabrics where ever I go.

My first ever window display was actually for Liberty when I was 21 an ‘under the sea’ theme and from that I knew I would work for Liberty sometime in the future.

Before heading up the Visual Identity & Merchandise team in Liberty I worked as Head of Creative at Kurt Geigner working on prop windows and installation projects. I am lucky to have worked across many retailers, free lancing projects with Selfridges, Harvey Nichols, Prada, Manolo Blahnik to name a few which have all shaped my career for my current role at Liberty.”

Liz has always had an ambition to work within Visual Merchandising in fashion retail.

“…Working to a brief and a budget has allowed me to build some amazing things. I am always fascinated by the world from a set point of view. Its variety of involvement with different creative practices is fascinating. From designing a font, to a fur, to a simple colour of light the variety is endless.”

Liz is probably better known to a more mainstream audience due to Channel 4’s ‘Liberty of London’. Which gave a unique insight into what goes on behind the scenes at the London store and showed Liz in action in the run up to the Christmas displays. The impact on the show has allowed the public in Liz’s viewpoint, to be more open to creativity in themselves and within her own self also.

“It allowed me to get involved in many more projects. My love for interiors, styling, fabric installing was really noticed throughout the series. Making ‘fabric cool’ was something I wanted to do and the audience was very receptive.

I am just after styling a Liberty Christmas Shoot for LivingETC and my dad who saw the shoot said that ‘I was coming up with elegant affordable styling ideas for the general British public to put in their own homes, making people think to make something instead of always buying it’. We all have inner creatively we just have to find the right channels to unleash it.

One of the main influences on Liz in terms of shaping her professional aesthetic is Ed Burstell, Liberty’s Managing Director.

“Ed … has always believed in me as a creative individual and instills a lot of trust in me to make creative decisions every second of my day. Ed is very supportive in my creative work and fully allows me to immerse myself in projects and run away with them…..

With only a few short months to Christmas Liberty and Liz have planned their Christmas display for this year well in advance. This years theme is “Liberty the Home of Christmas”.

“The theme was originated from a liberty print called ‘Printed Cabinet House’ by Emma Moreston. We put two and two together and created a surreal printed Home of Christmas.

We started Christmas planning back in March 2015 and it has taken 6 months to finalise the project. The Christmas shop is launching soon in Liberty so I am really excited about that.”

Before all the Christmas madness you can see Liz talk about the madness and her work and the planning involved in shaping the Liberty Christmas theme on our Main stage. 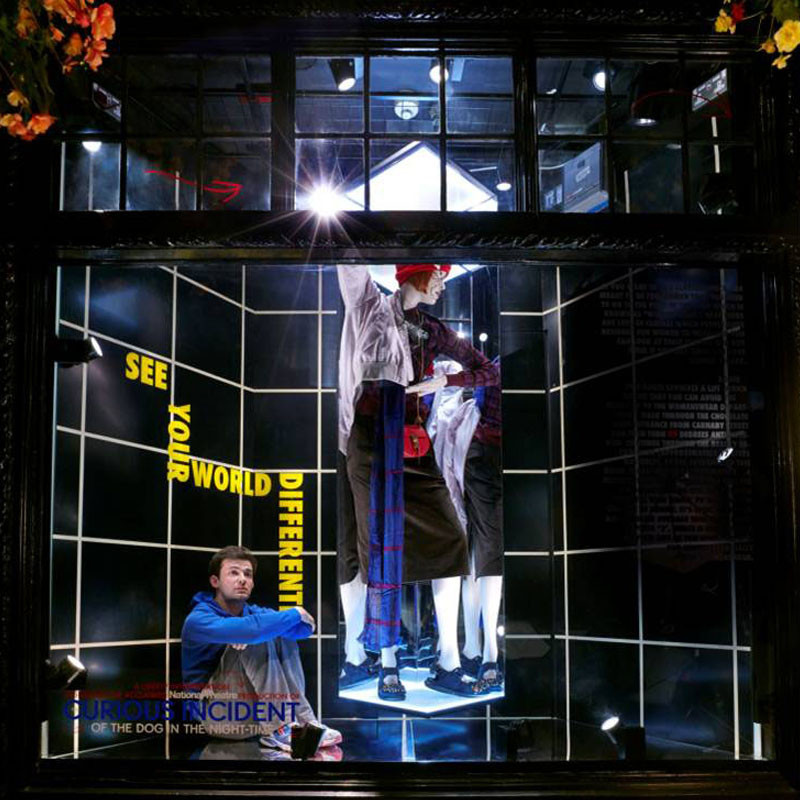 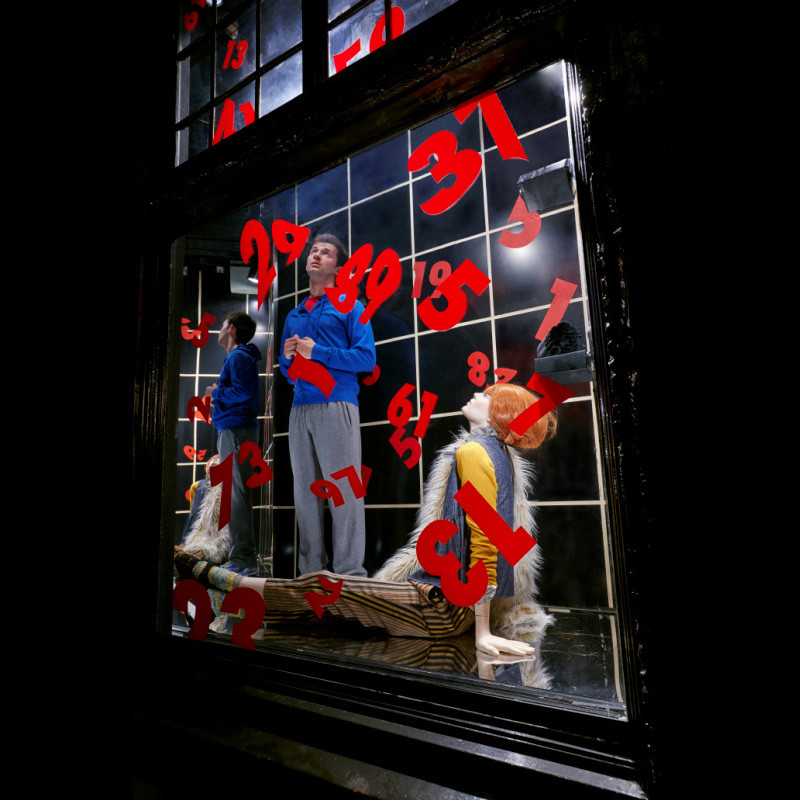 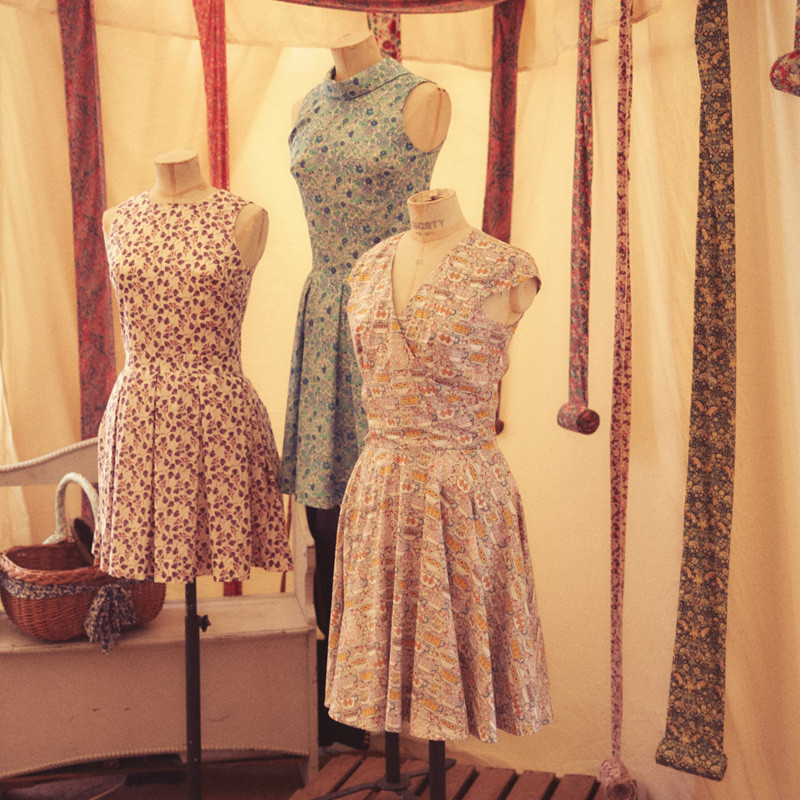 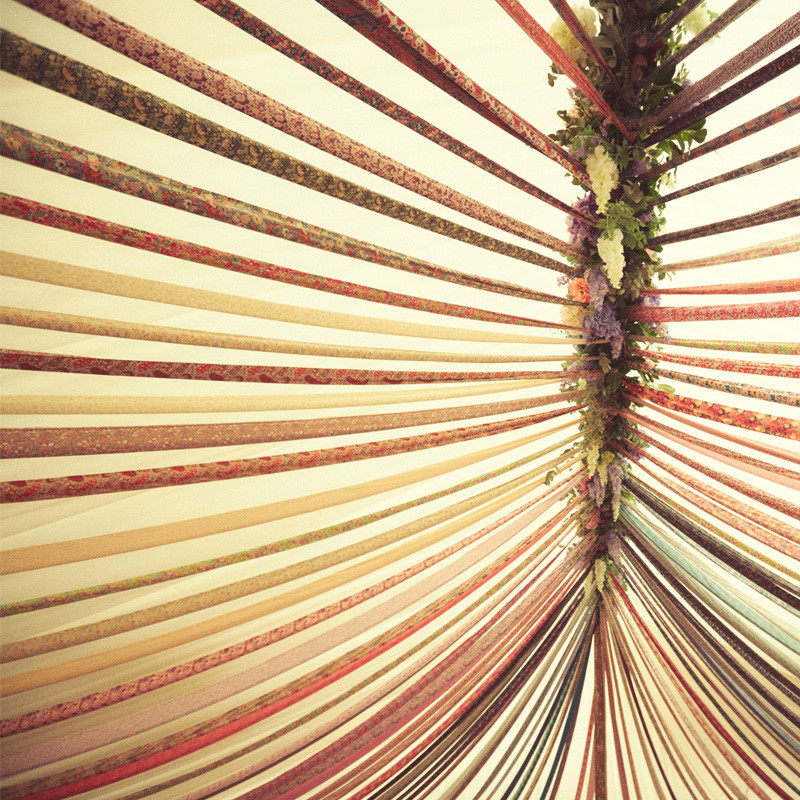