“I try to do my own thing and set my own bar, achieve goals and push myself as much as I can.”

His large scale, murals have become synonymous with Dublin and collaborations with artists such as musician Damien Dempsey, Fintan Magee and OFFSET speaker’s – JR and Conor Harrington, have won him notoriety not only in the graffiti world, but have also helped establish him in the contemporary art world.

The attraction to street art was from an early age starting out on his graffiti path when he was around 15.

As a young kid it gives you a lot of freedom, I realized I had a love for art, and it was social. It was my way to release my pent up energy as a kid. We didn’t know why we did it; we just did it.

Maser is best known arguably for his messaging “Maser Loves You’ which has become somewhat iconic and instantly recognisable around Dublin.

I was 18/19 like most other kids, cursing where I lived and wanted to move away. Luckily through graffiti, I had the opportunity to travel the world, and I realised how much I loved Dublin, it was my message to the city showing my appreciation for where I came from. It was a simple message that resonated with people. Graffiti then wasn’t very legible so it gave me an opportunity to give something back to the people of Dublin. It got my name out there, and an opportunity to showcase the other kinds of work I could do.

One of the main breakthroughs for Maser was his collaboration with singer and artist Damien Dempsey. ‘They Are Us’ was a response to help the Simon Community and to enliven the streets of Dublin.

I got a lot of traction as the timing was right for that kind of project in Dublin.

Maser finds his influence from the everyday, through the interactions he has and the people he speaks too. It is fair to say he is the most well-rounded artist at work in Ireland today with a capacity to do everything from quickly executed simple pieces to full color work, characters and full scale cooperative projects with themed backgrounds and concepts.

The content is inspired by my conversations with people. Visually I have a graphic background and I amalgamated that with graffiti. I’m influenced mostly by the day-to-day, situations and interactions with people, they stick to me and then it comes out in my work. I’m aware of what everyone else is doing, but I try to do my own thing and set my own bar, achieve goals and push myself as much as I can.

Working on large-scale commissions and collaborating with other artists teaches him something new each time he takes on a new project and he’s humble enough to admit that he’s way isn’t always the best way.

It’s loads of learning, so I learn something new on each project. I don’t learn from textbooks, I learn from experience, from meeting new people, being outside my comfort zone. On those large scale projects I work with new people, and sometimes my method isn’t the best way, so it needs to be a collaborative process to achieve the best result for the project.

Since 1995 he’s treated the world as his canvas leaving behind his artwork in London, Austria, Germany, Copenhagen, Holland, Belgium, Prague, Slovenia, Spain and Sweden.

I’m working on a stage for Web Summit, painting some walls then from November I’ll probably move to Milan and lock myself in a studio working on a big exhibition for Lazarides Gallery in London in April.

He studied fine art and then qualified with a distinction in Design Communication. Upon graduation Maser was awarded Membership of the International Society of Typographic Designers. Using what he learned and adapting it to meet his needs has given Masers work a unique edge fusing art and graphic design.

His talk on the OFFSET main stage was a triumphant hero’s welcome home and was one of the highlights of OFFSET 2014. 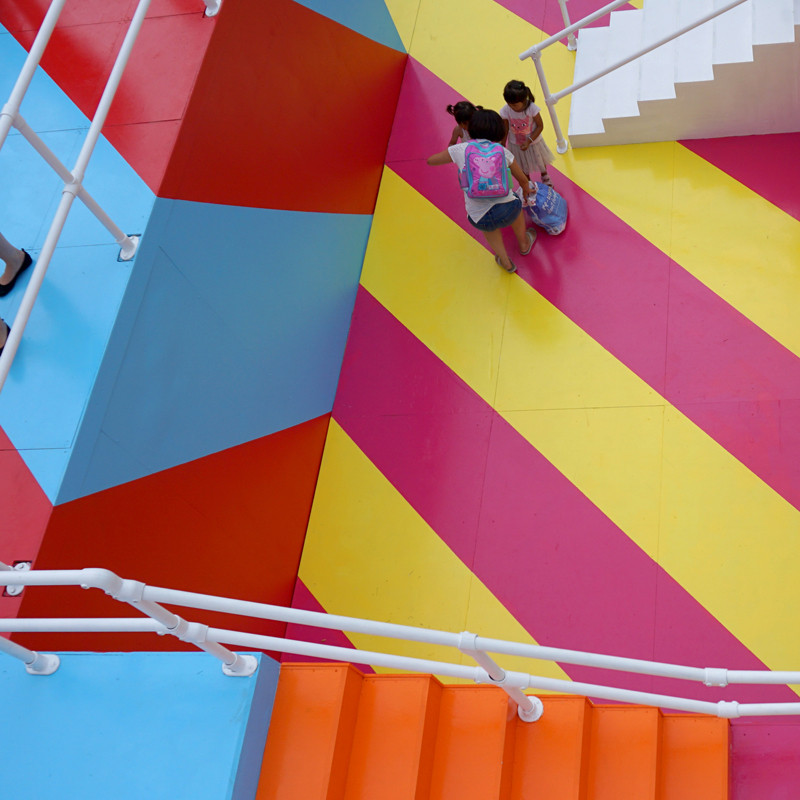 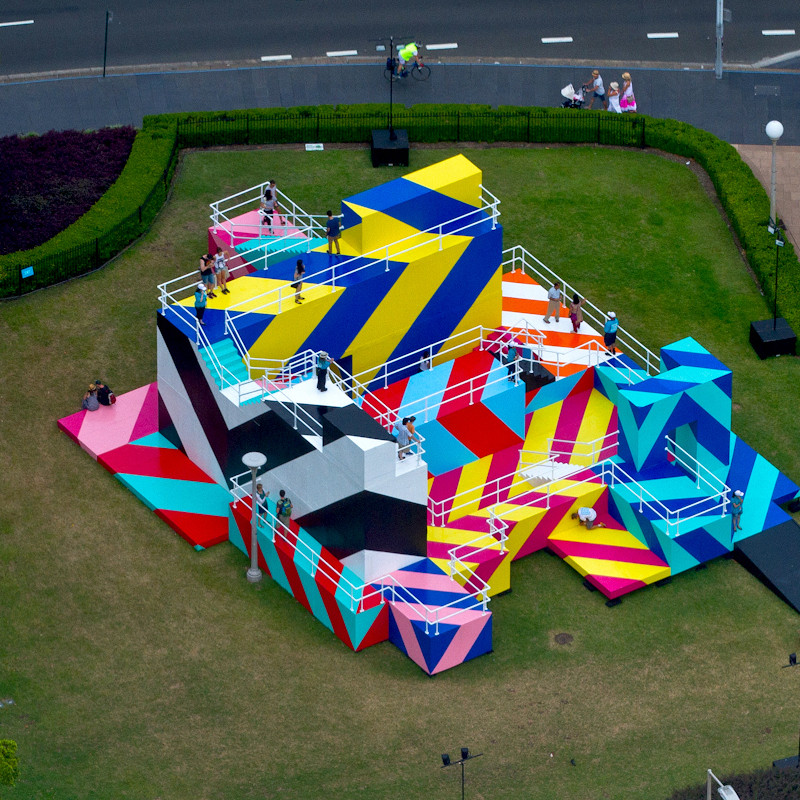 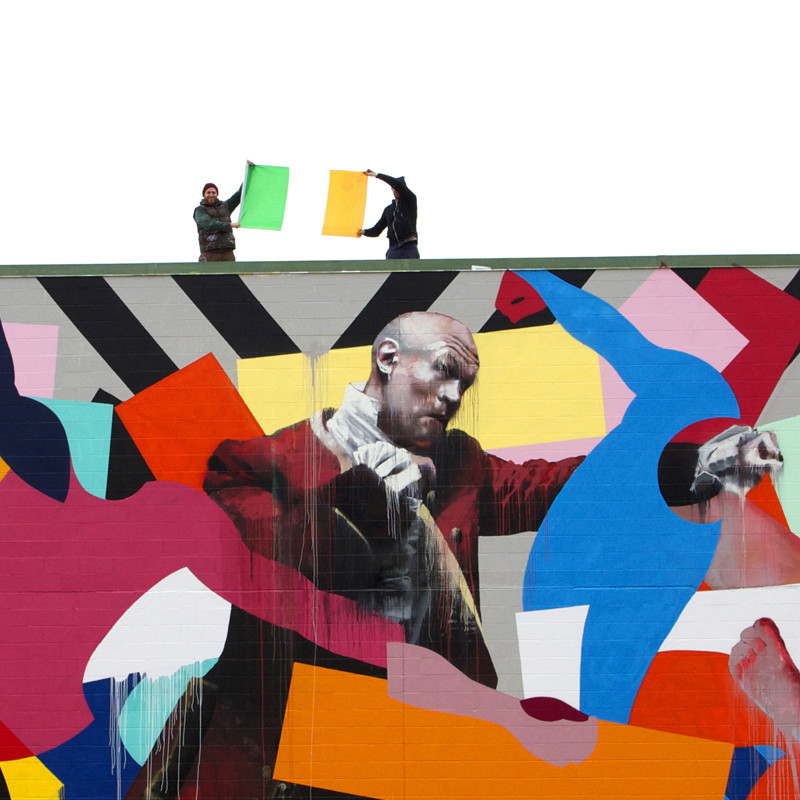 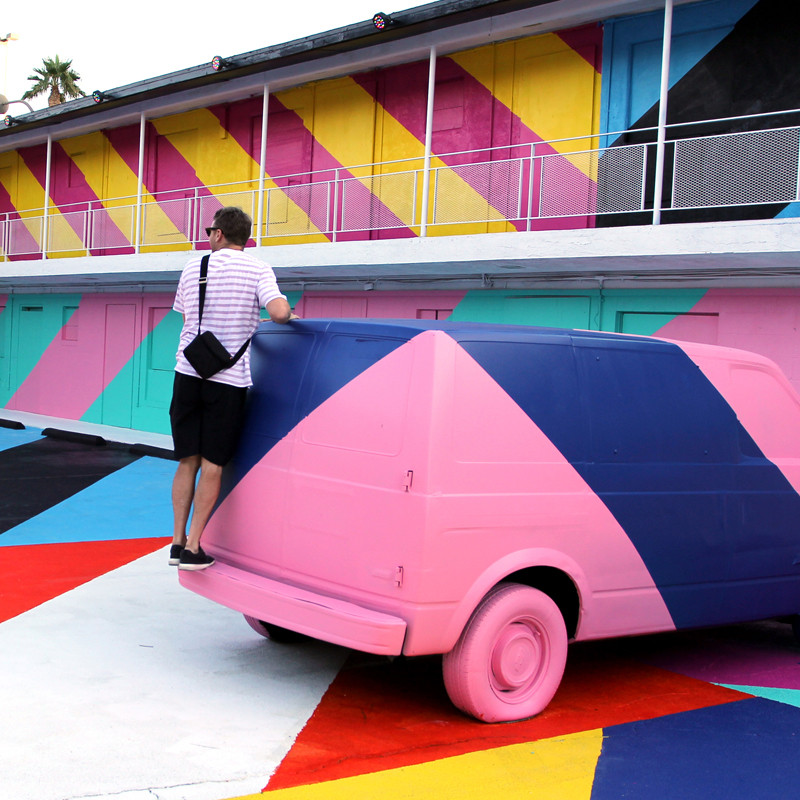